The Revolution Will Be Composted

Skilfully designed, accessible to people the world over, and placing the needs of humans and the planet at its core, Permaculture is shot through with positivity. Dreamt up in Australia in the 1970s, a contraction of ‘permanent agriculture’, it is a design system for the growing of food based on nature’s own patterns and processes.

Among Permaculture’s key concepts is the importance of recycling: from composting to energy cycles and from water harvesting to resource recycling. The London Permaculture Festival, which will unfold in a splash of colour at Camden’s Cecil Sharp House on July 6, is an opportunity to dig in to this most exciting and applicable of growing systems. 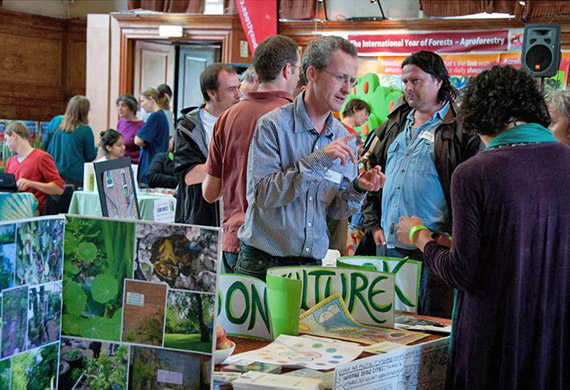 “There is no such thing as away”, says Annie Leonard, creator of The Story of Stuff film.

Candidly discrediting the concept of throwing things ‘away’, she calls us out on the language we use in the West to subdue our sense of guilt over waste and overconsumption.

From the boxes stacked like fortifications in our lofts and spare rooms to the bins spilling on to our streets: ‘Stuff’ abounds like an uncontainable bacteria. Even before we consider its impact on the planet, this proliferation of possessions, pursued even to the detriment of relationships and health, has been linked with anxiety and depression.

Though many of us feel an instinctive sense of rightness in recycling, we may also sense that something is missing: a lack of control over the ‘things in our lives? An absence of enchantment and connection with the things we use? The completion of cycles of ‘stuff’?

“There is no such thing as away”

Permaculture offers another way. As Permaculture founders Bill Mollison and David Holmgren wrote in their book Permaculture One, it is a smart-thinking, high-performing system, and one which offers a wealth of possibility. 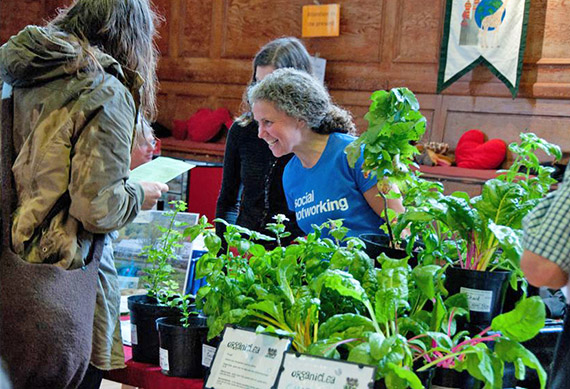 “Perhaps we seek the Garden of Eden, and why not?,” they wrote. “We believe that a low-energy, high-yielding agriculture is a possible aim for the whole world, and that it needs only human energy and intellect to achieve this.”

The London Permaculture Festival offers a host of ideas and practical projects to inspire us. Permaculture is all about addressing these needs: prioritising the needs of the planet and of people at the same time, and ensuring we can sustain human activities for generations to come. A key concept of permaculture, which will take centre stage at the festival – mimicking natural ecosystems – is recycling.

Nature just doesn't throw anything away - so we shouldn't either, says Permaculture. Waste from one process should, wherever possible, become food for another. Composting is one of the simplest and most satisfying forms of recycling, and crucial to most permaculture gardens and systems. In the same way as fallen leaves on the woodland floor are broken down and drawn back into the soil by worms, composting recycles the nutrients from decomposing organic matter in the form of fertilisers and soil improvers. With minimal effort, you can create beautifully-rich, dark, earthy smelling compost which will do your plants no end of good. In the permaculture world, composting is something of an art form, even a religion some would argue, with endless different types and techniques. This year’s festival will include a workshop with Richard Higgins who developed the HH-2 form of composting, a hot box technique which turns organic waste into compost within 30 days. 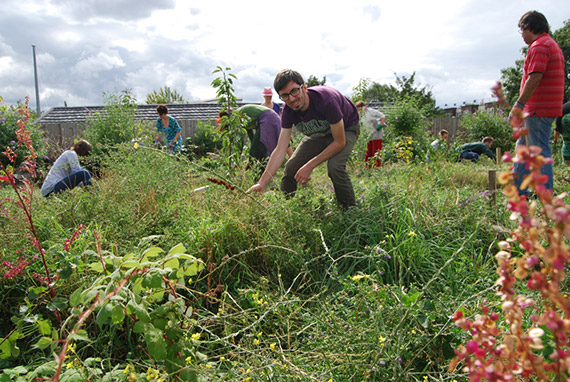 A thriving part of the London Permaculture scene, and one which will be explored and explained at the festival, is the Permablitz. A Permablitz involves people coming together to create or develop a community or household edible, wildlife-friendly garden, according to the principles of Permaculture design. Permablitzes can also involve sustainable projects which are not about growing food: making compost toilets or retro-fitting homes for example.

People take part on a voluntary basis, starting with a cup of tea and a planning brief, and then get stuck in: learning about Permaculture and gardening while they work, building community networks, sharing good food and enjoying the feeling of coming together on something worthwhile. Recycled materials are often put to good use too: from old pallets being used to make compost heaps and scaffolding boards forming the edges of raised beds to recycled and found materials being creatively stacked to make insect hotels – a great project for kids to get involved in.

Permablitzes are about thinking creatively, producing well-designed gardens and systems, and having fun: and the Permablitz team will explain the concept in detail on July 6.

From where we live to the way we travel, most facets of our lives contain opportunities to think about the energy we use and the possibilities for recycling and living more efficiently. Permaculture doesn’t limit itself to gardens: most communities contain ‘nutrient flows’ which are going to waste. Whether it is collecting coffee grounds to use to grow mushrooms, gathering boxes for cardboard mulching or finding waste wood to build planters and beds from, identifying the nutrients and resources currently being wasted often leads to an abundance of opportunity.

The festival will include a workshop led by Eileen Sutherland on straw bale building. Straw bales have been used as building materials for more than a millennium for their warm, renewable, plentiful and durable properties. Eileen has built her own straw bale house and also worked on projects as far afield as Bulgaria. 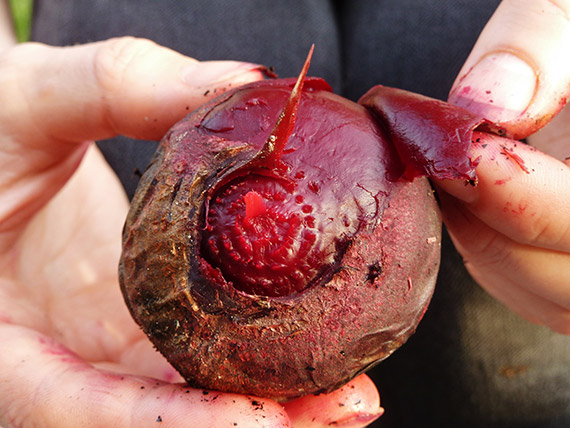 Richard Tatum, of east London Permaculture project Tuba Seed Permaculture, will talk about running an aquaponic growing system – utilising the waste from tilapia fish – in his garage no less, proving that space need not be an impediment to creative food production.

Meanwhile, Nicola Peel will talk on bioremediation: how bacteria, fungi and plants are being used to turnaround contaminated soil and water. She has been working in the Ecuadorean Amazon since 2000, as a filmmaker, environmentalist and coordinator of scores of environmental projects. She will discuss how huge oil spills in the Amazon prompted the creation of her projects as well as the technical side of this exciting – and crucial – technology.

Also on the agenda are discussions on natural beekeeping, a look at biomass, Introduction to Permaculture talks, Permaculture barge trips down the canal, at look at next year’s International Permaculture Convergence, to be held in the UK, stalls, storytelling, music and even a kid’s zone. Teaming with experts, examples and practical ideas, the festival looks set to be an inspiring, action-packed day out, suitable for all ages, and most importantly, a chance for people to connect over the ideas of Permaculture.

Warning: many find that once it takes root, it becomes a way of life.

Tickets are £6 or £4 with concessions. Find out more at www.londonpermaculturefestival.com

(April 2014) With the retail gardening industry now turning over £5 billion a year, the soaring popularity of the grow-your-own movement has been accompanied by a huge surge in business. Lucy Purdy discovers how, by thinking creatively and using recycled materials, there is no need to spend a small fortune, or any more of the planet’s resources, on your growing efforts.

A flood of kindness

(March 2014) A volunteer army is being assembled to tackle storm debris on UK beaches, just one of the measures to sort and recycle the rubbish left in the wake of recent bad weather.

Heart on your Sleeve

(February 2014) The modern age has been described as a ‘story of stuff’. A treadmill of frenzied acquisition in which the buzz we get from buying never quite satisfies, urging us onwards still in a depressing narrative of accumulation. For many of us, this is particularly evident in our wardrobes: the stuff we buy ostensibly to keep us covered and warm, but which in reality is about so much more.