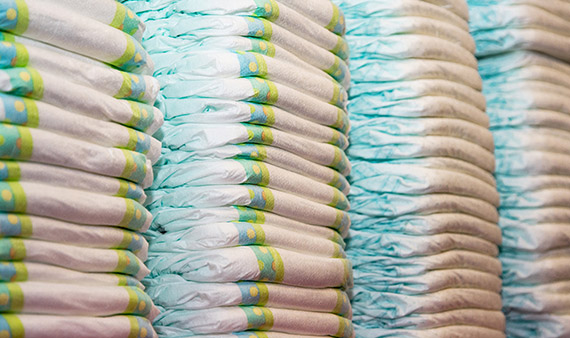 Recycling nappies saves up to 70 per cent of carbon dioxide emissions when compared to the usual disposal methods.

The company’s plans involve investing £14m in the development of a state-of-the-art ‘absorbent hygiene product’ recycling facility, on an industrial site in Uxbridge Road. The site is named Hayes 180 and is planned for launch in early 2017.

If approved, it would be the biggest plant of its kind in the UK. The facility would process at least 36,000 tonnes of AHP waste per annum, and create up to 20 new jobs for people living nearby, including administrative, site operative and technical positions.

It is estimated that over 1 million tonnes of absorbent hygiene waste is generated in the UK every year, in and away from home. Fibres and plastics and recovered from the process. These will be used to produce, among other things, reformed plastics for home and the building industry such as roof tiles, and in the case of the fibres, industrial tubing and construction fillers.

A Knowaste spokesman said: “We believe our investment will have a very positive local impact and we look forward to engaging local schools, businesses and residents to highlight the environmental benefits of Knowaste coming to their area.”

Knowaste say that recycling of AHPs is considered e the most sustainable solution to managing this kind of waste, saving up to 70 per cent of carbon dioxide emissions when compared to the usual disposal methods: landfill and incineration. The Knowaste process is reportedly able to recycle about 97 per cent of the AHP product.

More information is at www.knowaste.com/hayes180

Drinks cans transformed into accessories at the Festival of Thrift