An artists impression of how the Peckham Coal Line will look when completed.

The team behind the Peckham Coal Line have launched a Spacehive crowdfunding campaign to try to collect £66,000 toward the plan.

They dream of creating an elevated urban park using disused railway sidings on 'dormant' land lying between Peckham Rye and Queens Road Peckham in south London. Starting on an abandoned rail track at Rye Lane, it would run for 900m beside an existing railway line, dropping down into a nature reserve before finishing at Queens Road Peckham station.

They say the "calm greenway" would provide space for pedestrians and cyclists, and have drawn inspiration from the High Line project in New York. Recycling of old infrastructure is a key feature. 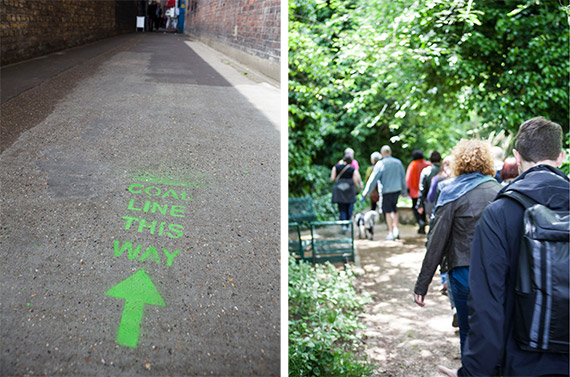 "The ambition is for the park to become a much-loved landmark - a carefully crafted green space with iconic qualities such as the red brick backdrop of industrial-age architecture, and dwell points that offer breathtaking views across the ever-changing London skyline," say organisers.

The idea began as a university project for Nick Woodford, a mature architecture student at Central Saint Martins. Since December 2014, when Woodford shared the designs on social media sites, he has built a small team of volunteer professionals to help devise a long-term strategy.  More than 500 people attended public walks of the proposed route in May, and Woodford says he is keen to place community feedback at the heart of the design process.

“What we want to do is connect communities and neighbourhoods. It’s essential that this project gets as much input and as many ideas from local residents as it can”, says Woodford. 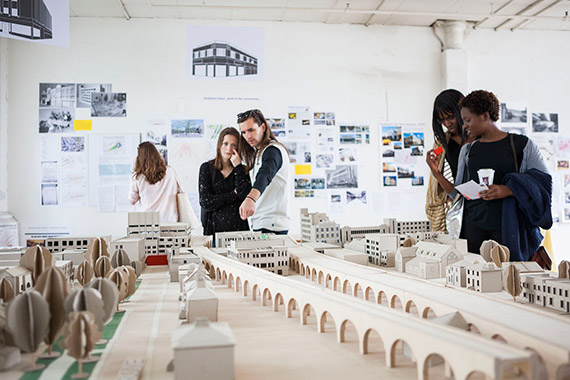 Models to help people visualise the cycle and walkway have been created. Image: Rachel Ferriman

The Spacehive campaign will finance an official feasibility study which will prepare the way towards the build stage, as well as the programme of public events. Donors will be offered the opportunity to have their names built into the very fabric of the Coal Line on the foundation stones.  And, if the Peckham Coal Line can demonstrate enough support there is also the chance to be awarded up to £20,000 from the Mayor of London’s High Street Fund.

The campaign ends on October 31.

More information about the Peckham Coal Line is at peckhamcoalline.strikingly.com and details of the crowdfunding campaign are at spacehive.com/peckhamcoalline