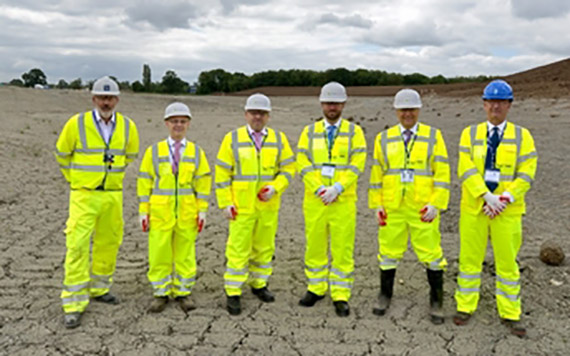 An agreement has been signed between the world-renowned university and Cambridge Water to develop the UK’s largest water recycling system at its North West Cambridge Development.

The agreement will see two water supplies installed on the 150-hectare site – one which recycles rain and surface water to use for flushing toilets, clothes washing and garden watering, and another supplying high quality treated water for drinking, cooking and bathing.

Both are designed to minimise potable water consumption on the development site which will include 3,000 homes, 2,000 post-graduate student rooms, a supermarket, hotel and primary school, as well as other community facilities.

The East of England has the lowest rainfall in the country and is described officially as semi-arid. When the water recycling technologies are used in conjunction with high efficiency water fittings, such as aerated showerheads and taps, the development should reduce average potable water consumption down to 80 litres per person per day, almost half of the UK average.

Phil Newland, managing director of Cambridge Water, said: “We are delighted to be able to support the University of Cambridge in this innovative and highly sustainable development which fully embraces the need to conserve water.

“The commitment to provide the UK’s largest water recycling system will help raise awareness of the need to conserve water, and seek to encourage other developers to consider water efficiency when proposing new developments.”

Rain and surface water from the site will be collected in a series of specially designed lakes and naturally filtered through reed beds within the development. The water will then be re-filtered, sterilised by UV and dosed with chlorine, before being used for toilet flushing, clothes washing and outdoor use.

Get to know your shelf and use up leftovers, urges new food waste campaign

Campaign urges people to cherish – not chuck – their Halloween pumpkins