Campaign urges people to cherish – not chuck – their Halloween pumpkins 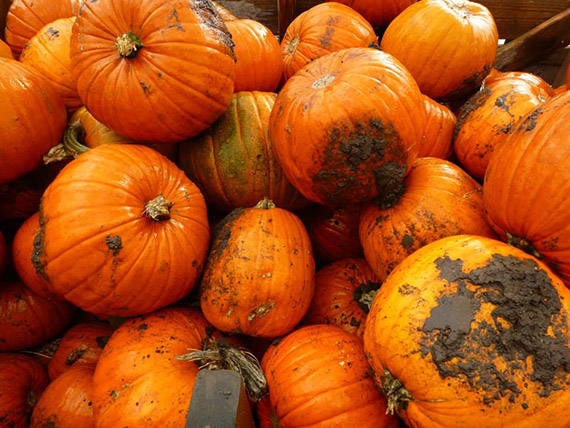 An an estimated 18,000 tonnes of pumpkins are sent to landfill each year, discarded after the Halloween festivities are over. Environmental charity Hubbub UK has stepped in, after running the first Pumpkin Rescue Festival in Oxford last year.

This year, more than 20 festivals are happening as a result, from a mass pumpkin lunch on Worthing seafront to squash-themed treats at a pay-as-you-feel café in Cambridge. Organisers say they are designed to “carve up Halloween conventions” by urging people to eat these spooky staples rather than throwing them away.

“While we’ve imported Halloween festivities from the US, we have not adopted their love of cooking with pumpkins,” says Tessa Tricks from Hubbub.

“Halloween is upon us and days are numbered for our gourd-ous friends. Two in five of us will buy one, carve and discard after the candle we place in their belly causes their grin to sag and the bin to beckon.

“We want to change this and make sure pumpkins are eaten rather than dumped. If not cooking with them, at least bringing their drooping carved faces to a dignified end by composting them. We hope that this inspires action on food waste year round.”

The campaign has collected recipes from top chefs to help make the most of this seasonal abundance.

Find out more at www.hubbub.org.uk/Event/pumpkin-rescue

Get to know your shelf and use up leftovers, urges new food waste campaign

Welsh blankets woven from yarn that would otherwise be wasted