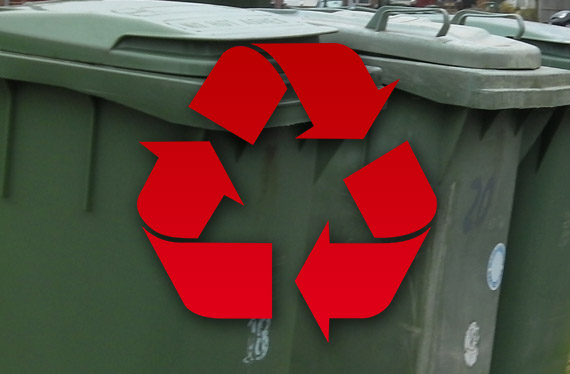 New initiative in Bolton, entitled Right Stuff, Right Bin, means those who fail to comply with the council’s rules will have a red tag placed on their bin.

People who recycle correctly receive green markers in the trial scheme in Greater Manchester which Bolton Council say is to help people “identify the correct items for each bin”. Bins which are marked with a red label will not be emptied and householders will have to remove the incorrectly recycled items.

“A large number of residents are recycling correctly, but there is still some confusion around the recycling of some items,” read a council statement.

“We want to ensure that residents understand that items such as yoghurt pots, margarine tubs, plastic food trays and carrier bags cannot be recycled and should go in the grey bin.”

Councillor Elaine Sherrington, cabinet member for waste, recycling and housing at the authority, added: “A large number of people in the borough already work hard at recycling most of their waste. However, some people still struggle to identify the correct items for each bin and this could be for a number of reasons.

“It is always good to try new ideas to raise the level of recycling, which in turn saves the town money. I hope people will get involved with this new initiative which should make a difference.”

Wake up and smell the fungi: mushrooms spring from waste coffee grounds

Bricking it: blocks from demolished buildings being recycled amid national shortage