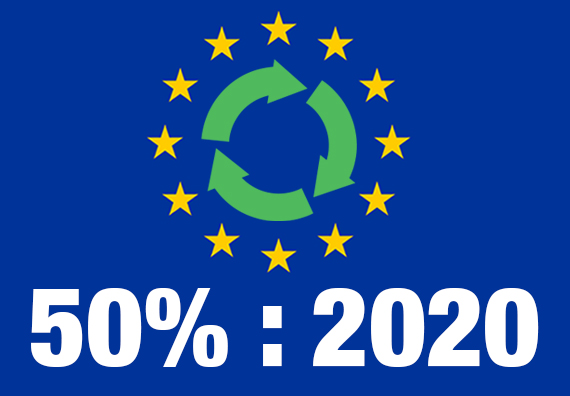 Will the UK miss it's EU recycling target in 2020?

Recycling rates will fall for the first time in a decade years as a result of “green fatigue”, one of the country’s biggest bin collectors has predicted.

The drop makes it almost certain that Britain will miss EU targets of recycling half of all household waste by 2020. A combination of “green fatigue”, a drop in the use of paper and glass, and local authority budget cuts are likely to each have played a part in the decrease, which risks the UK having to stump up millions of pounds in fines.

SITA UK, employed by local councils to collect kerbside waste, warns that in the year 2013-14 recycling rates will have fallen by at least two per cent.

David Palmer-Jones, the SITA UK chief executive, said: “Rates of overall recycling, especially in high density urban areas, are undoubtedly higher when councils and their contractors run a mixed collection service. Households generally want to have as uncomplicated a way as possible to recycle all their waste.”

SITA also argues that hitting the targets is becoming ever more difficult as households are generally using - and therefore throwing away - less glass and paper, two of the most commonly recycled kinds of rubbish.

“Two of the biggest and heaviest components, paper and glass, are in structural decline, driven by a chronic decline in newspaper readership as we consume our news by screen rather by papers. Glass is being substituted increasingly by plastic bottles,” it said.

Regenerators look to free up urban space by recycling railways