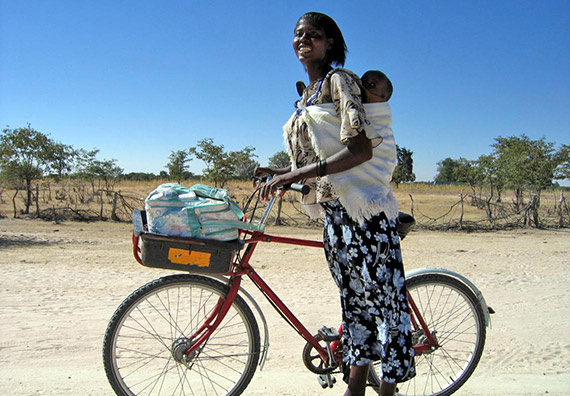 A Royal Mail Re-Cycled bike is a great help for a mother and her child. Picture: Re-Cycle/Jason Finch.

Re-Cycle has sent more than 53,000 bikes to the continent since 1997, offering people a cheap and sustainable form of transport. The charity has now teamed up with UK bike chain Halfords in order to send even more bikes the continent’s way.

In Africa bikes are difficult to find and expensive, while in Britain millions of them lie unused in sheds, outgrown, abandoned or replaced. Re-Cycle receives donations of unwanted bikes from people, businesses and organisations such as the Royal Mail, rotary clubs, schools and churches. The bikes are checked, packaged and loaded into containers, 400 at a time, to be received the other end by Re-Cycle’s partner organisations in Africa.

Founder and chief executive Merlin Matthews told Recycleopedia.com: “We believe that bicycles offer people a route out of poverty and a means to improve their lives, giving them opportunities to travel to work and school. 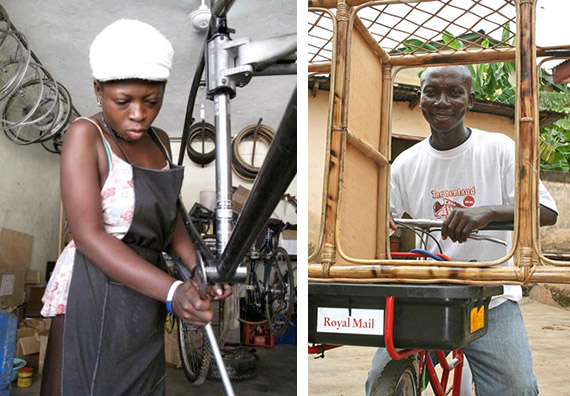 “Bicycles can also be adapted to carry goods and passengers giving small scale farmers and traders the opportunity to read customers further afield or take more produce to market. They are also an invaluable resource for travelling health workers coping with the AIDs epidemic.”

Many of Re-Cycle’s partners also teach repair and maintenance skills, a community service which keeps people on their bikes and mobile. Damaged bikes or those in poor condition are stripped down and the spare parts also sent to Africa.

Re-Cycle currently works in Ghana, Namibia, South Africa, Malawi and Kenya. One study in South Africa found that children were walking 20 miles a day to get to and from school, with those who made it often falling asleep at their desks.

Halfords was this week offering 10 per cent off to people ordering new bikes online if they donate their old bike in-store. The unused bicycles will now be added to Re-Cycle’s life changing shipments. 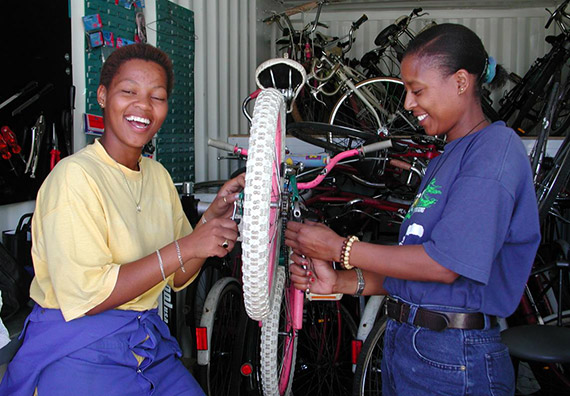 Halfords CEO Matt Davies said the relationship was an obvious one. “We wanted to find a charity partner for whom we could make a huge difference and also one that had close links with what we do as a business,” he said.

“Re-Cycle fits the bill 100 per cent and in time, our partnership will mean that many more unwanted bikes get to those in need, providing an opportunity to help people in Africa improve their lives in a sustainable way.”