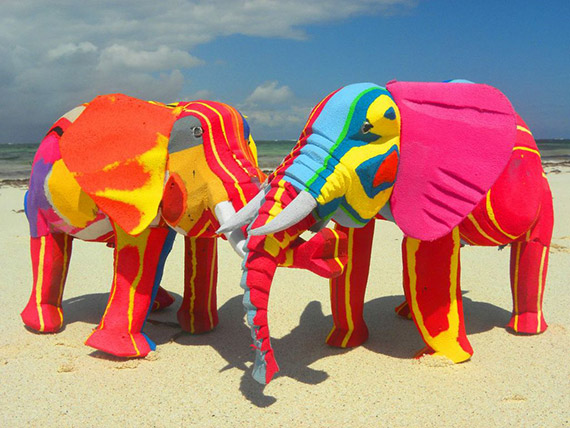 With the UN estimating that each square mile of ocean holds nearly 50,000 pieces of plastic, Kenyan businesswoman and former biologist Julie Church decided to tackle one aspect.

She set up a company called Ocean Sole and began to turn piles of the dirty and damaged footwear into useful objects, paying 25p per kilo to whoever can bring more to her Nairobi base. 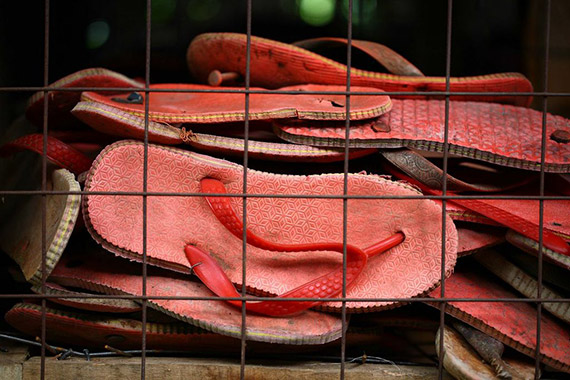 Church reports seeing beaches littered with flip-flops, from those made in Kenya where they cost a dollar, and from all over the world. She told the guardian that her sales have tripled in the past year and that she is now stocking Ocean Sole goods in some of the world’s best-known zoos and aquariums.

Skilled craftspeople form animals from the flip-flops, punch beads out of the soles for necklaces, bracelets and curtains, as well as making key rings, phone covers, toys and even Christmas tree decorations. 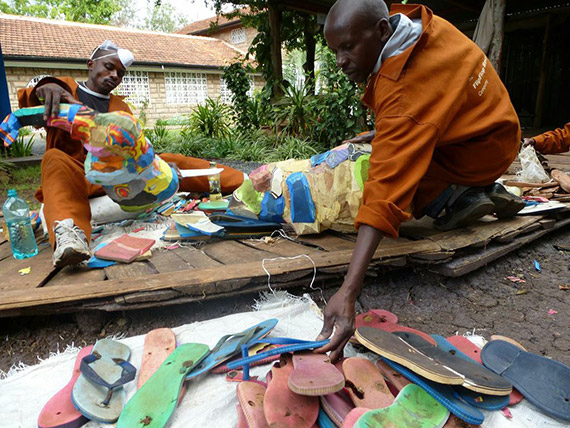 "When someone says they're throwing something away, where is away?" Church told the newspaper.

Ocean Sole’s website reads: “The world is 70 per cent ocean, 30 per cent landmass. Like our bodies, it lives in equilibrium. We are waking up to the fact that the consequence of industrialisation is rocking the boat. 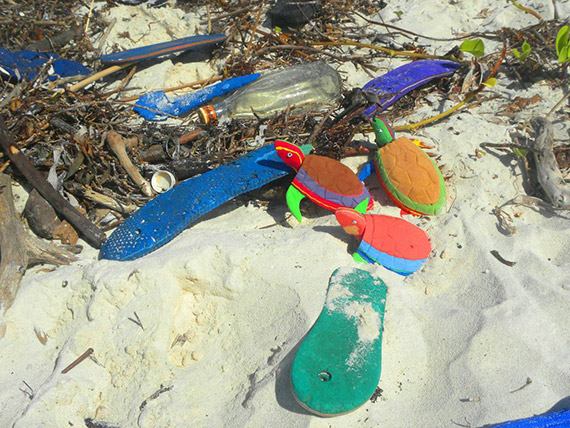 “The ocean is the world’s dump yard. This has devastating effects on the smallest polyp to the largest blue whale, to fishing, navigation and human health. We all have a choice at every level, whether rich or poor, to take responsibility for our oceans which we depend upon.”