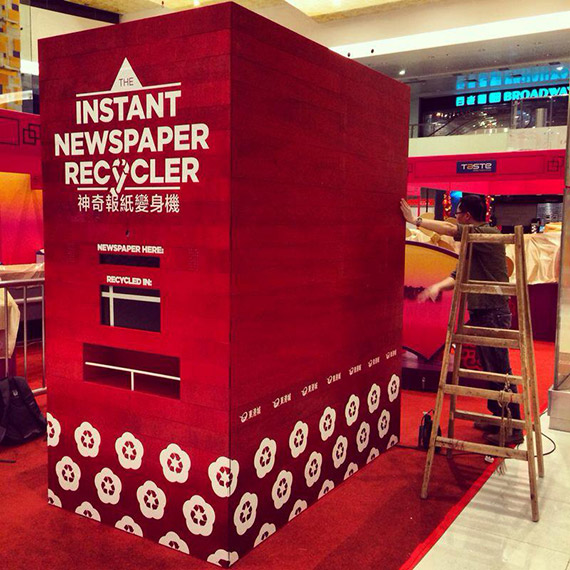 New wrapping paper is made from old newspapers as Saatchi & Saatchi in Hong Kong make the point that recycling should be on our minds even as we celebrate.

At almost two and half metres tall, the machine attracted attention as it stood in the East Point City shopping centre last week. Crowds began to gather in front of the imposing, scarlet box as they watched old, unwanted newspapers being fed in, and just 30 seconds later, new sheets of beautifully patterned wrapping paper emerge from the other side.

“Every Chinese New Year, 1,600 trees are cut down just for wrapping paper,” said a representative of the project.

“If you lined up all those trees lengthwise, they would stretch out from Earth three times farther than the altitude an airplane would fly at. Yup, that's a lot of trees.”

A closer look reveals the new sheets to be printed with silkscreen techniques over the old newspapers, giving each piece a unique design.

Recycling symbols were also incorporated into the design, acting as a reminder of the importance of recycling. The project ran for two days in advance of Chinese New Year which prompted celebrations around the world from Friday onwards. 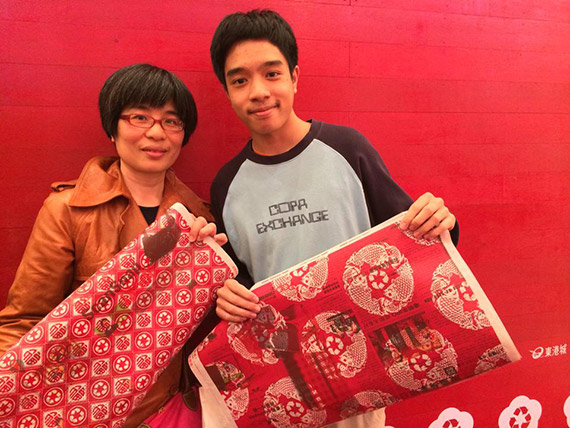 Saatchi & Saatchi’s south China managing director Alexis Chiu said: “This project is very close to our hearts because we’re really passionate about taking care of the environment. “The Instant Newspaper Recycler was a good example of how we can use our creative talents to find solutions to make Hong Kong a more sustainable, happier place for all.”